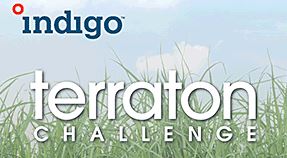 The GLOBAL TERRATON CHALLENGE has recently selected GSR as an innovator for propelling agriculture forward as a key soil carbon sequestration solution (out of more than 260 applicants representing 44 countries) to accelerate the sequestration of 1 trillion tons of carbon into agricultural soils. Farmers have committed over 10 million acres of cropland to participate in Terraton's program.

The organic certified fertilizer and soil amendments from GSR's nutrient recovery system have been successfully tested through multiple trials designed to determine the best timing and rates for agronomic purposes as well as the impact on soil health and the environment. This project is supported by the US Department of Agriculture and several participating livestock farms. 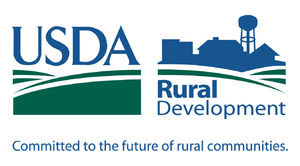 The end of the first quarter of 2018 marked the completion of GSR's farm partner's planning project for the production of fertilizer. Cooperative efforts to regionalize the effort are in progress with leadership at dairy co-operatives and individual co-op members.

The Citizen VT: A New Approach to Handling Manure Effluent

Across rural America, cooperatives have helped farmers and small businesses band together to accomplish more than they could on their own.

GSR Solutions Among 34 Selected in the Global Nutrient Recycling Challenge

The EPA received concept papers from around the world in Phase I and selected 34 submissions to continue on to Phase II of the challenge.

Conservation Law Foundation: Can Cows, Manure, and Algae All Add Up to Clean Water? Lessons from Charlotte, Vermont

Innovation continues to thrive in the Green Mountain State. The Nordic Farm is looking at using algae to turn manure and other biological waste into fuel and fertilizer.

The technology being explored at Nordic Farm takes a step beyond anaerobic digestion.

Even though Cow Power is able to harvest a valuable product from manure, one byproduct of anaerobic digestion is a nutrient dense liquid. Since farmers need to apply this liquid when it is produced, its use is often an inopportune time during the year when the Vermont landscape is already overburdened with nutrients. The excessive nutrients then run off the land and cause water pollution.

The farm is working with GSR Solutions to introduce algae to the liquid waste as a means to both eliminate the harmful byproducts of anaerobic digestion and put them to good use. Read More
03
Sep

An innovative new process pioneered by Burlington-based GSR Solutions has the potential to reduce nitrogen and phosphorus runoff into our lakes and streams while creating a liquid biofuel that can be used to heat our homes, power our vehicles, and fly our planes. The progress of this effort is the focus of a meeting next week among a growing and diverse coalition of stakeholders.

CHARLOTTE – A long-simmering project to wring fuel and electricity from manure-fed algae at a Charlotte dairy farm warmed up Thursday with the announcement of a key partnership with Vermont's largest power utility.

Green Mountain Power has an agreement with Burlington-based GSR Solutions to pursue ways to add small refineries of biodiesel and even jet fuel to manure digesters that generate power, said the utility's president and CEO Mary Powell at a news conference at Nordic Farms.

The GSR Solutions system is designed to slow the release of methane, a potent greenhouse gas released during manure's decomposition. The process also sequesters organic nutrients in manure that have for generations contributed to Lake Champlain's declines in water quality. The new digesters "can kick the butt out of phosphorus," Powell said, referring to a key polluting fertilizer.

CHARLOTTE, Vt. - Vermont scientists believe they may have the next wave of cow power. That is taking byproducts of manure and turning them into fuel.

A Vermont based bio-chemical research group (GSR) found a way to convert farm-waste into biofuels. The same animals that bring us our cheese and milk, could be heating our homes and fueling our vehicles. 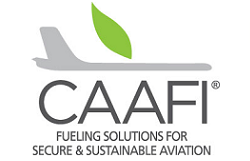 The first half of 2014 was a period of significant successes on the East Coast relating to the "Farm to Fly 2.0" (F2F2) initiative, an agreement between the U.S. Department of Transportation (DOT) and the Department of Agriculture (USDA) to continue to work together to advance the use of renewable fuels in the aviation industry.

CHARLOTTE –In moderation, and carefully applied to fields, livestock feces has for millennia been an invaluable farm resource.

Some folk at the gathering suggested that algae ranching might be a perfect fit for Vermont's decentralized agricultural economy, where transportation costs for heating fuel, diesel and propane have perennially whittled away at bottom lines.

Vermont Biz: Oil from manure-eating algae might one day heat our homes

The distillation process also produces animal feed or fertilizer as a byproduct. GSR researchers say that the fertilizer might help to reduce phosphorus runoff into Lake Champlain.

This, said Todd Campbell, energy adviser to the U.S. Secretary of Agriculture, signifies progress. “Being on the cutting edge here not only has implications for rural Vermont but really our interest at USDA is the win-win-win situation where we see positive results for the dairy operation, for the community and for the country as a whole,” Campbell said.

Matt Cota, executive director of the fuel dealers group, says the initiative has potential because Vermont has the highest density of cows per acre of any state in the U.S. and half of Vermonters heat with oil.

WPTZ: Study shows manure can be turned into fuel oil

CHARLOTTE, Vt. — For centuries, farmers have struggled to find ways to get rid of it. Now, GSR researchers say they've identified the process to convert cow manure into a strain of algae that contains fuel oils.

"We make a huge amount of manure in this state which goes along with our dense population of dairy cows," said Clark Hinsdale, owner of Nordic Farms. "To efficiently use that resource for energy and fertilizer is a whole new income stream."

"We've always known that Vermont farms and Vermont dairy farms make some of the best milk in the world. But did any of us ever know that these same cows can produce fuel oil?" - Ted Brady, Vermont director for rural development at the U.S. Department of Agriculture

There’s nothing new about algae biofuel, which is being produced in far larger quantities at test facilities around the globe. But officials said GSR enterprise is the first to produce oil by using farm waste as food for the oil-producing algae. “This is an important first step,” says Todd Campbell, energy advisor to the U.S. secretary of agriculture. “And that’s what we’re interested in at USDA, is proving out the concept, taking small steps forward to optimizing systems.”

CHARLOTTE, Vt. - We've told you in the past about how cow manure is being used to generate electricity; now, researchers say manure can also fuel your car and heat your home.

Earlier this week, the USDA announced that it has funded a Rural Business Enterprise Grant (RBEG) initiative to the Vermont Fuel Dealers Association (VFDA), who are partnering with CAAFI, General Systems Research, the Nordic Dairy Farm, and Fiddlehead Brewery.

Waste from dairy farms and beer breweries could provide the necessary ingredients to grow algae-based biofuels say the leaders of a project based in Vermont, US.

Waste from dairy farms and beer breweries could provide the necessary ingredients to grow algae-based biofuels, leaders of a project designed to research this technology said on Tuesday.

Waste from dairy farms and beer breweries could provide the necessary ingredients to grow algae-based biofuels say the leaders of a project based in Vermont, US.

Algae are an excellent source of oil for making biodiesel, which could displace substantial volumes of petrodiesel for heating and transportation.

GSR Organizes Algae for Energy Conference at the University of Vermont with Support from the Dept. of Energy (DOE) and National Science Foundation (NSF)